By Andrew Liazos on August 29, 2022
Posted In Executive Compensation, Fiduciary and Investment Issues

On August 25, 2022, the US Securities and Exchange Commission (SEC) adopted final rules imposing new mandatory “pay for performance” disclosures for most public companies (foreign private issuers, emerging growth companies and registered investment companies are excluded). These rules implement Section 953(a) of the Dodd-Frank Act, which provided for the SEC to adopt pay for performance rules requiring disclosure in a “clear manner” of the relationship between executive compensation “actually paid” and the company’s “financial performance” taking into account changes in stock value, dividends and distributions.

The final rules, which are primarily set forth in Item 402(v) of Regulation S-K, impose the following new tabular disclosure for any proxy statement or information statement for which executive compensation under Item 402 is required: 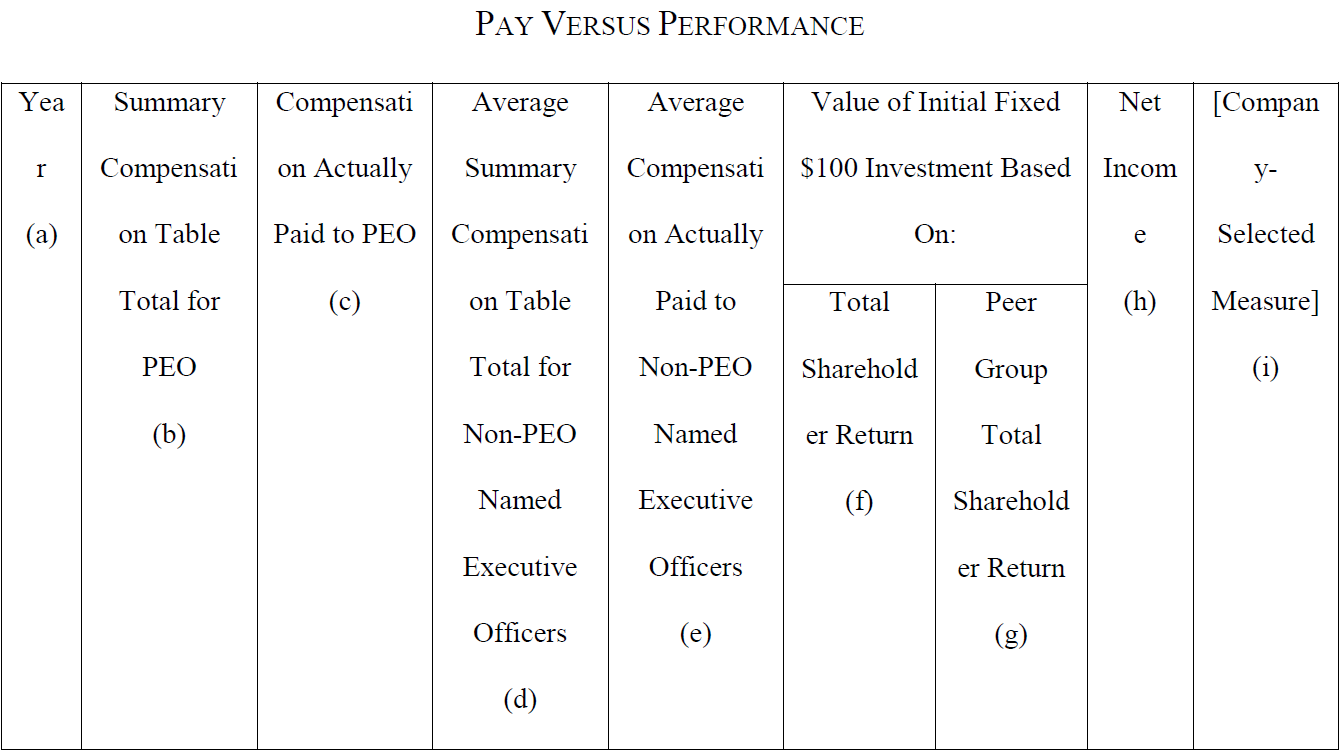 Important aspects of this table include the following:

In addition, public companies will also need to identify the three to seven financial performance measures (or, in some cases, certain non-financial measures) that it determines are its most important measures.

Smaller reporting companies may avail themselves of scaled-back disclosure under Item 402(v), including a shorter lookback period (three years instead of five years) and no requirement to include a custom peer group, a tabular list or a company-selected measure.

Complying with these rules will require changes to existing forms of proxy disclosure. The extent to which these disclosures impact the amount or structure of executive compensation in the long term remains uncertain. The final rules generally apply for filings with respect to fiscal years ending on or after December 16, 2022.

We will be providing a more comprehensive analysis shortly.